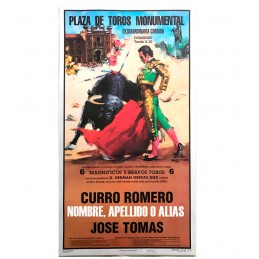 Customizable bulls poster with one name

Customize a real bullfighting poster with your full name, alias... They are plotter made in the moment.Measures: 20.7'' x 37.8''This is a personalized product and cannot be pay cash on delivery. Enter your name, last name or alias in "personalize your product", keep in mind that space is limited. 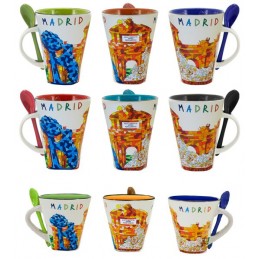 Coffee mug with spoon, in two sizes, with the most important monuments of Madrid such as the Puerta de Alcala, Cibeles and the bear and the strawberry tree, design TRENCADIS type.  Measures: 12 cm high x 9 cm in diameter (Large)                  7 cm x 7 cm diameter high (Small). 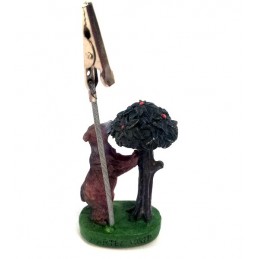 Support for notes with a bear and a madroño tree. It is made of resin and has a clip to hold the notes. It measures 3.9'' tall and comes in a hard clear plastic case. Souvenir from Madrid. 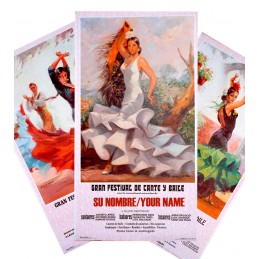 We customize the poster with a name, last name, alias ... It's a pretty typical Spanish souvenir for those who want to feel a real flamenco artist.Its measurements are 20.7 x 37.8''This item can not be paid on delivery. Enter your name, surname or alias in "personalize product", please note that space is limited and is preferable to be less text.

The Spanish national team is a team made up of Spanish nationals that represents the Royal Spanish Football Federation in the competitions organized by the FIFA. The team is colloquially known as the “Spanish Fury” in remembrance of the Attack of Antwerp, which is a famous Spanish historical battle. It is also known as “the red fury” which was coined by an Italian journalist that referred to it as the “Furia Rossa” or simply “the Red”. The Spanish National team has participated in 13 editions of the World Cup and was the host of the 1982 edition. The best result was obtained in South Africa in 2010 when they won the World Cup and were proclaimed world champions. In 2012 they won the European cup for the second time in a row having also won the 2008 edition. No other team has won the same sequence of cups (Euro cup, World cup, Euro Cup).

Spanish flag with the shield

Spanish flag with portamástil and to hang on balconies, appropriate for sports events at home, at work or leisure... Made of polyester. Dimensions: 57 x 37''

T-shirt for children with the coat of the Spanish National Football Team, replica of the 2018 World Cup of Russia, 100% cotton made in Spain. Sizes from 4 years to 12 years.

"Unisex Spanish Soccer Team" t-shirt for adults, 100% cotton, replica for the followers of Spain in the 2018 World Cup of Russia. Sizes: S-M-L-XL-XXL